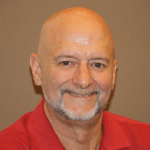 George Hess is an educator, guitarist, composer, and author. An award-winning teacher, he has taught music technology, jazz, and theory at leading universities for over 25 years and has presented clinics and workshops throughout the world. The author of Creating Music with Notion (Hal Leonard, 2015), he is a regular contributor to School Band and Orchestra and MusicEducation UK magazines. Hess has produced over 100 tutorial videos on music software and his videos are featured on Groove 3 and the MuseScore website. His project-based music technology curriculum, “Singing the Blues,” led to his receiving the Award for Innovative Excellence in Teaching, Learning and Technology at the International Conference on College Teaching and Learning in 2004. He has designed and programmed music education software for theory and ear training and multimedia projects for the U.S. Parks Department. His current research interests include project-based, flipped and online learning, and the use of social networking in marketing musicians.
Hess was named an Apple Distinguished Educator in 2010 and is on the board of directors for Technology Institute for Music Education (TIME).

Errol St. Clair Smith is the architect of the Flipped Learning Global Initiative and Director of Global Development. Errol leads the initiative's programs to build relationships and partnerships between all stakeholders across the flipped learning community worldwide. Errol is an experienced community organizer who has served as executive director of the Academy of Education Arts and Sciences. In 2005 Errol organized and developed media channels for the nation's leading education associations to form the BAM Education Radio Network. The all-education talk radio network produces Flipped Learning Worldwide Radio and programming for the Association of Curriculum Developers (ASCD), the American Association of School Administrator (AASA), and the National Association of Secondary School Principals among others.