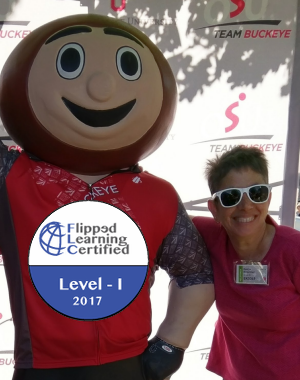 I obtained a ScB in Applied Mathematics from Brown University and an MS in Mathematics from the Courant Institute of Mathematical Sciences at New York University.  I worked in software analysis and development for several medical device companies for over 20 years.  In 2002, when we moved to Columbus, Ohio, I began tutoring local students in mathematics.  In 2007, I began the Bachelors Plus program through Ashland University to obtain a teaching certification in 7-12 Mathematics.  I then earned an MEd in Gifted and Talented Education from Ashland University in 2012 and a Technology Endorsement through the Ohio State University in 2013.  I taught high school mathematics for 8 years and engineering for 2 years while simultaneously teaching at Columbus State as an adjunct.  I “retired” from high school teaching in 2016 and became an Annually Contracted Faculty member at Columbus State Community College where I teach mathematics at the college as well as a College Credit Plus instructor for local high school students.  I have co-presented at local conferences on flipping my classroom and collaborative learning.